For some time, my standard gear for macrophotography has been a Fuji XT-2 camera with either a 50 mm f2.8  Zeiss macro lens or an 80 mm Fuji macro lens depending on the likely distance of my subject. Both are designed to give high quality 1:1 (life-size) images. 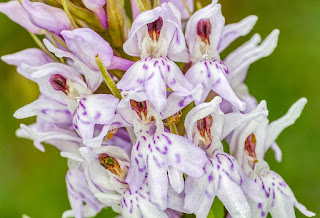 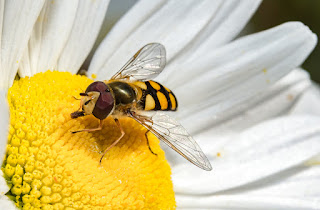 Spending more time around the house and garden during Lockdown has encouraged me to experiment with different lenses and lens set ups to see if I could get greater and better magnification of my subjects.

The first step was to try an extension ring on my 50mm lens (16mm) – this gave me a closer focus point and around 1.5:1 (one and half times life size). 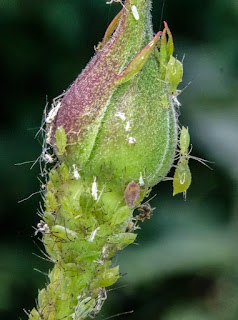 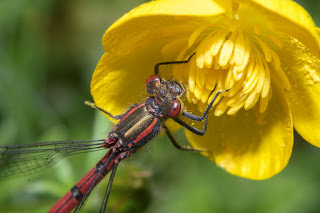 I could also have tried the extension ring on my 80mm macro but this has the disadvantage that you cannot then use the lens for more distant shots as it no longer focuses at infinity.I therefore decided to experiment with extenders, in particular, a 2X extender, which gave 2:1 magnification at its closest point but still works well for more distant subjects such as butterflies and dragonflies 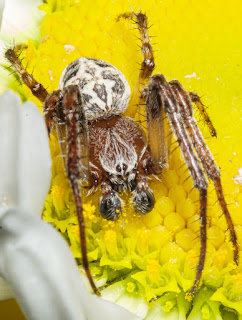 I then turned my thoughts to constructing an alternative close-up lens system and remembered the trick from many years back of reversing a lens to get a cheap macro. I constructed a reversing ring from a redundant T2 lens mount and ring and used an Olympus 50mm lens from my film camera. This resulted in a lens with around 1.5:1 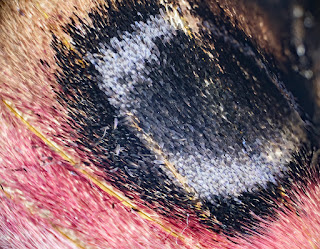 The next step is to connect two lens together to give extreme macro. The set up included glueing two filter rings together with the threaded sides to the outside to allow two lenses to be connected lens to lens. I used the Olympus 50mm at F1.8 and a 10-24mm Fuji lens. The Fuji needed to be used at 24mm zoom length to give sufficient circle of view. It was mounted onto a focusing rail over a lightbox.

This leaf insect egg is only about 2mm and the focusing distance less than 1 cm so an LCD light was needed to get light onto the top of the egg. The resulting image is a stack of 25 images processed using Zerene stacker. 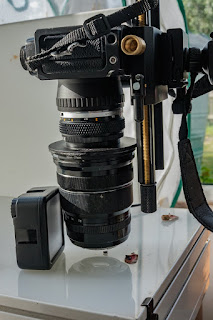 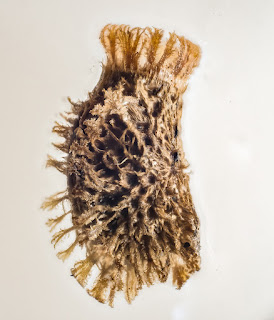 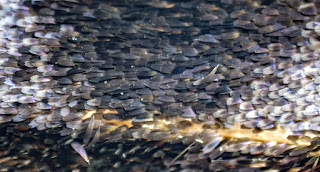 I had always fancied owning a Lensbaby right from their initial introduction but somehow I had always found allocation of funds had gone elsewhere so I decided to construct my own. This is the Hosebaby - it features a small length of hose from a dead vacuum cleaner and an old 50 mm plastic kit lens from Canon. As the hose is transparent it needs a black cloth sleeve to keep out extraneous light. The hose allows variable extension of the lens but, as it can also move sideways or up and down, you can get some interesting effects. 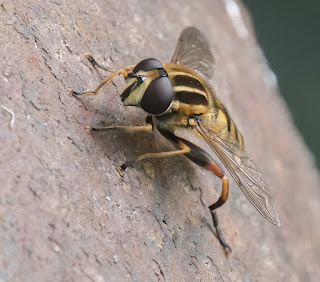 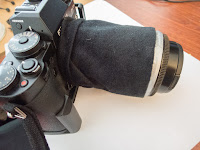 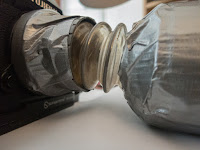 Recently I have been combining this with a small compact camera with a 23mm lens (Fuji X100V) which on its own gives great images of subjects in their environment. By fitting closeup rings (I use screw-on X4 to X10 rings), good quality close-up images can be achieved from a camera that fits in the pocket. 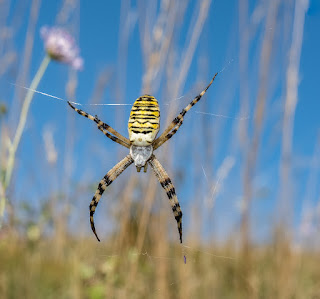 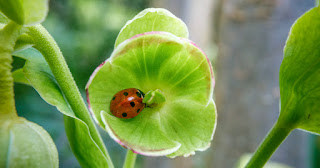 So, in conclusion, after much experimentation, my standard carry-round set up is an 80 macro lens with a 2x extender (Chalkhill Blues)allowing me to get 2:1 magnification on very small insects etc but also to photograph any more distant butterflies, dragonflies and even large passing birds. If I am out for a walk then the compact camera is at the ready with its close-up filters (Dungfly) 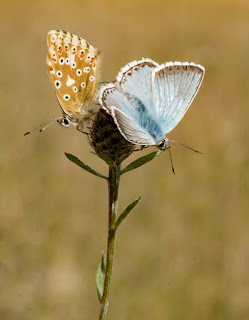 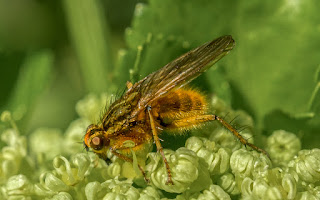 Ann Miles
I trained as a biologist and spent my working life in scientific publishing; this enabled me to keep abreast with all the changes from traditional to digital photography and printing. I have been an active photographer all my life and, for about 10 years, taught general and nature photography at university degree level. I am a Member of The London Salon: a position that keeps me in touch with the best of pictorial photography around the world. I gained an Associateship in Nature and a Fellowship in Visual Arts and served as Deputy Chair of the Fine Arts Panel for 8 years. This reflects a wide spectrum of photographic interest. In my photography, I use all the available digital techniques: camera, manipulation and printing to depict the interactions of people, architecture, nature and landscape. I lecture all round Britain and also give workshops and individual tuition

I am sponsored by Permajet. contact me for details of products and offers